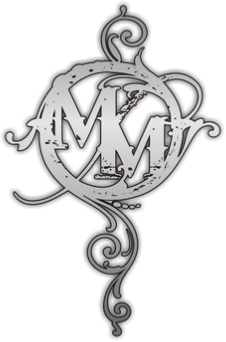 Mike Manuel’s faith and love for country music guide his life and career path. As an accomplished singer and songwriter, Mike combines the traditional sounds of country music with lyrics about faith, hope and promise. Mike wants his songs to have meaningful messages that resonate with his audiences world-wide.

Mike grew up in Houston, Texas, and as a teenager learned to play the guitar and sing the songs of Merle Haggard, Marty Robbins, Elvis Presley and George Jones. He is following in the footsteps of his father, Gerald, who once performed on the same show as Elvis Presley. Like many country artists, Mike first performed in church at the age of 13.

Mike credits the fall of 1971 as being a dramatic turning point in his life that would shape him and his music for years to come. That year at a little country church in Shepherd, Texas. It was this event that cultivated the pure country sound complete with wholesome lyrics that is so recognizable in Mike’s music today. In the following years, Mike traveled with his brothers as the Manuel Family Band. They received a warm reception from the gospel market with three single releases reaching the Singing News top 40, as well as reaching number one in the Christian Country and Country Gospel charts.

In 1996, Mike decided to relocate his family to Nashville, to begin a full-time solo music career. What followed is a succession of 15 number one Christian Country radio singles and over 20 awards from various music organizations including the Country Gospel Music Association’s 1998 and 1999 National Entertainer of the Year, the 1998 National Songwriter of the Year and the 1999 Christian Country Music Association’s Male Vocalist of the Year. In 2006, Mike picked up the coveted Songwriter of the Year award at the Inspirational Country Music (ICM) awards. In 2006 he was a featured performer on the nationally televised ICM awards show at the prestigious Ryman Auditorium alongside country stars Charlie Daniels, Lonestar and Trent Tomlinson. And in 2007, he took home "Song of the Year" for "Back in the Country Again", and also "Songwriter of the Year". Recent performance on the 2015 AMG Heritage Awards.

Grandpa Was Just Like That (over 2.5 Million Social Media Views)

Mike Manuel continues to travel entertaining audiences all over the country. It is evident when you hear Mike's songs that his early love for music has grown into a deep respect for its power to invoke emotions and affect the lives of people in a positive manner.